Hail to the King, Baby.

I know this isn’t Cleveland related, but I had to share.

Some friends of mine are traveling the New England states this week and are keeping in touch via email. Last night I got some photos of what they saw yesterday.

I’m a huge Stephen King fan and I’m amused to see that his house looks as normal as it does. Notice the front gate, however. The bats atop each fence post and the spiderweb designs in the grating. That’s pretty cool.

I can’t help thinking that Mr. King and his family have got to get pretty tired of tourists stopping outside his house and taking pictures all day long, but then I see the bats and I wonder if he doesn’t think it’s pretty cool being admired by so many.

Either way, I thought these pics were cool and I wanted to share. Thanks Terry! 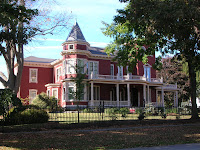 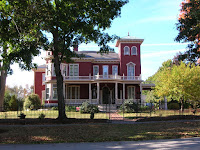 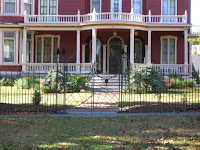